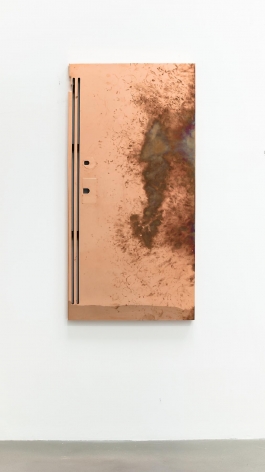 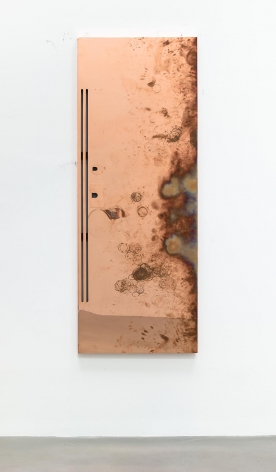 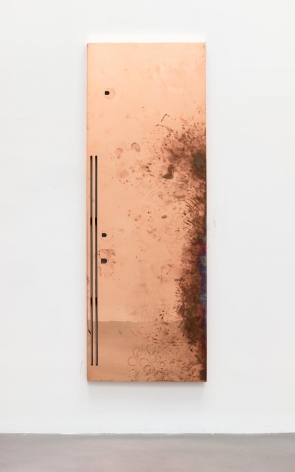 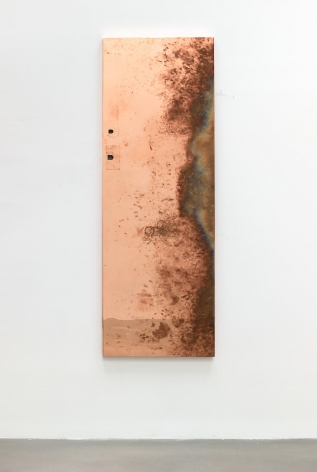 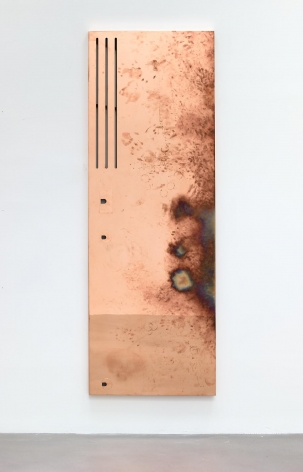 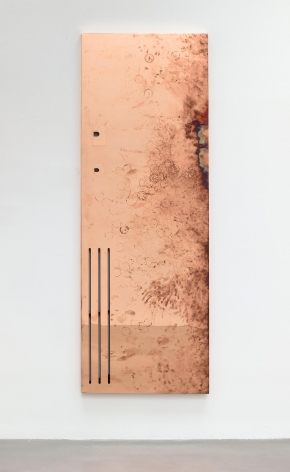 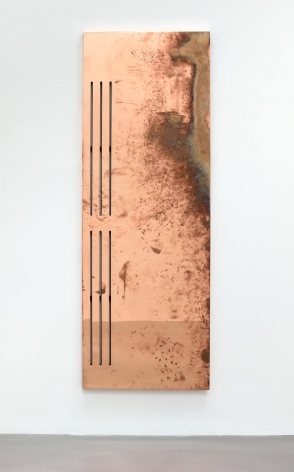 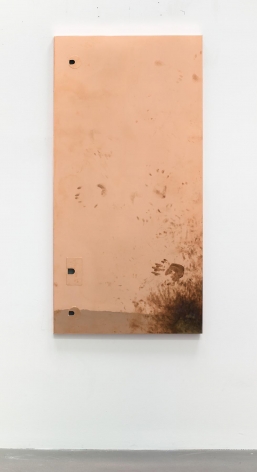 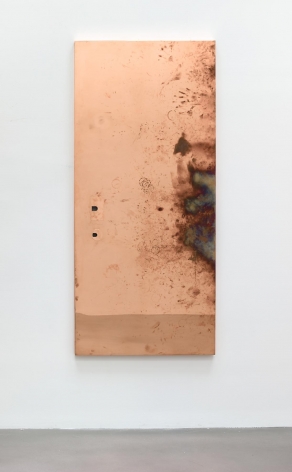 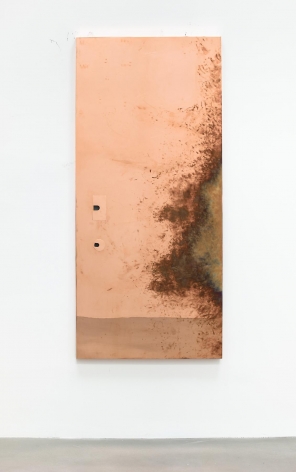 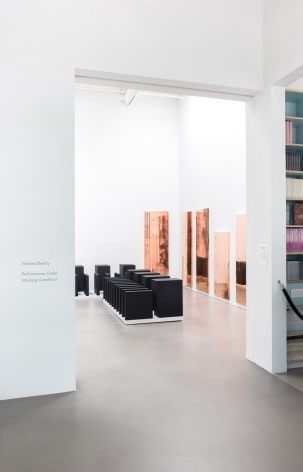 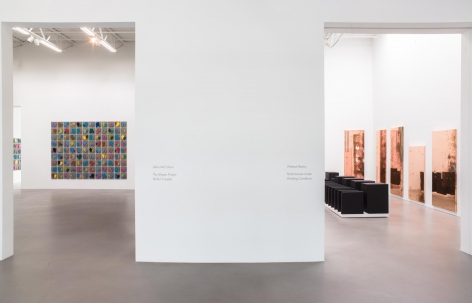 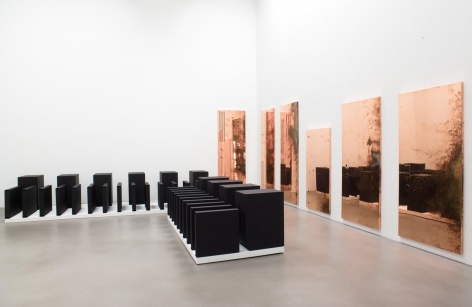 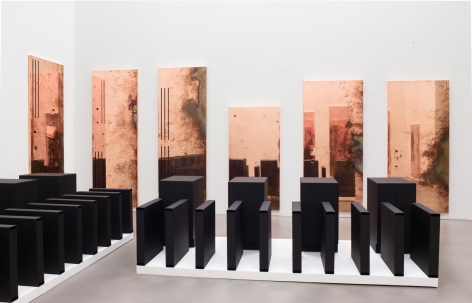 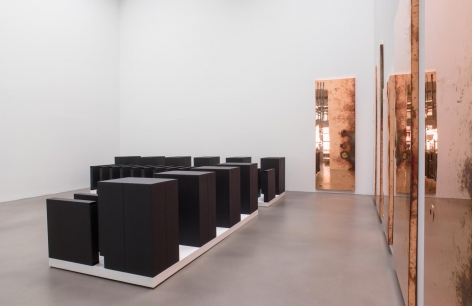 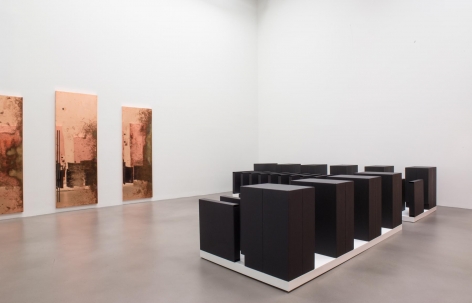 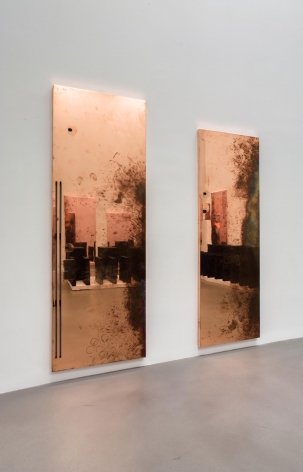 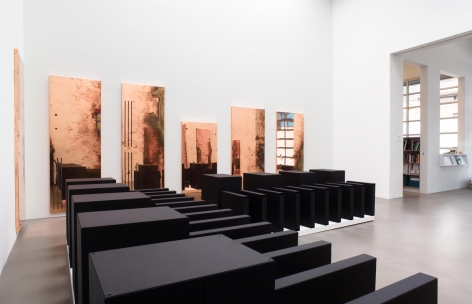 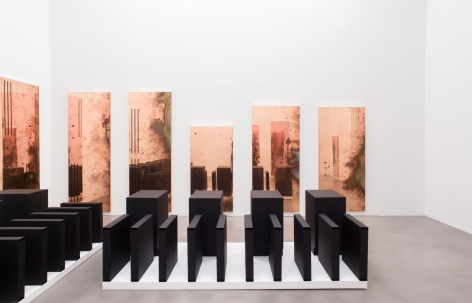 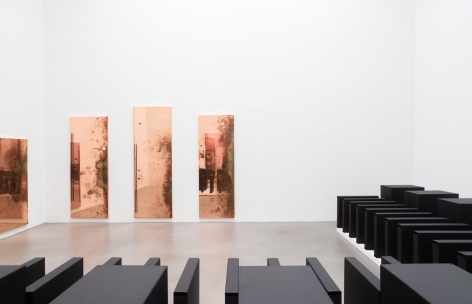 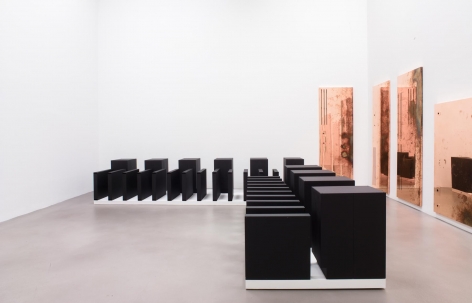 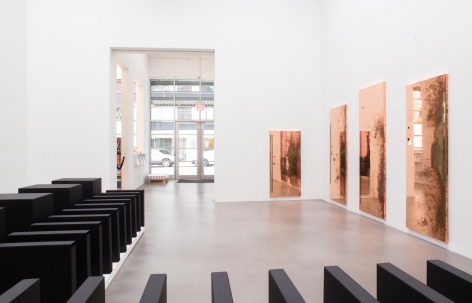 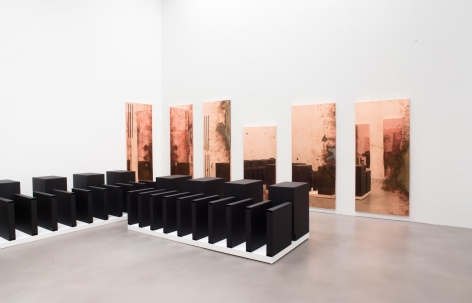 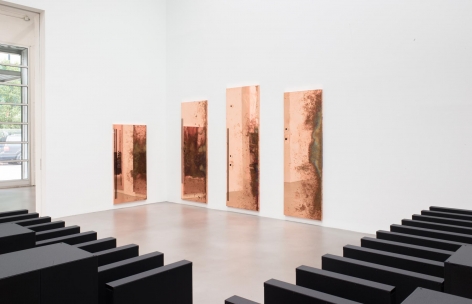 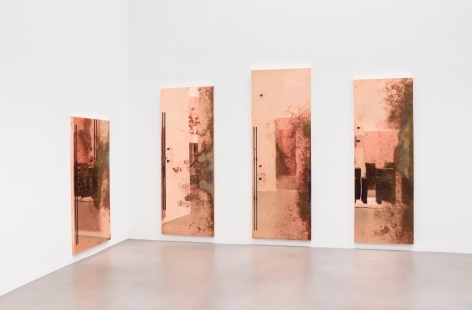 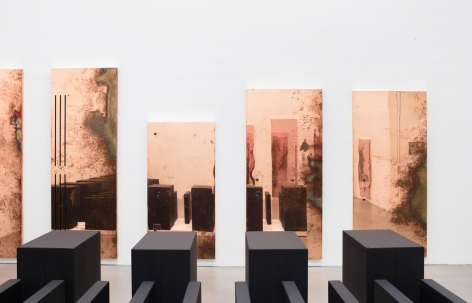 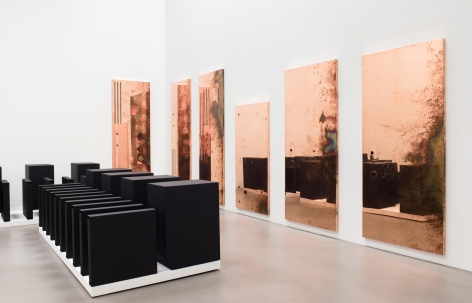 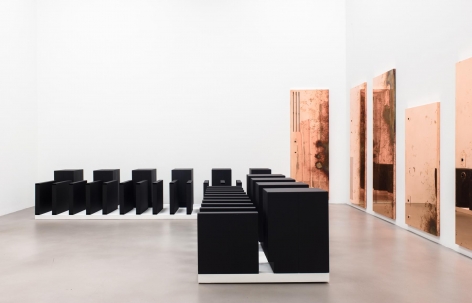 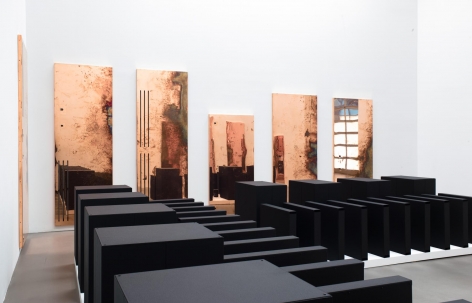 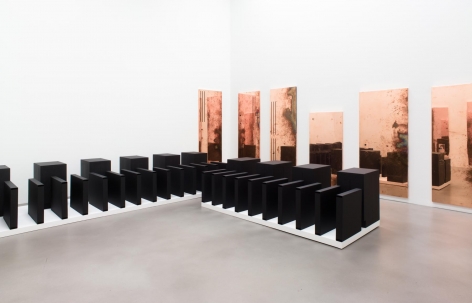 Petzel Gallery is pleased to present an exhibition of new works by Walead Beshty. This will be the gallery’s first solo exhibition with the Los Angeles based artist.

In his new exhibition, Walead Beshty continues to explore the ways in which objects accrue and produce meaning through their placement and circulation in the world. Using the preexisting design of the gallery tables and desktops as a readymade, Beshty created polished raw copper sculptures built to the dimensions of the gallery’s working surfaces. The “Copper Surrogates” were then installed replacing the gallery’s desks and left in place for his curated summer exhibition A Machinery for Living. As the gallery staff resumed their normal everyday work activities, their movements tarnished a patina on to the highly reflective copper surfaces. Much like film capturing a moment in time, the copper surrogates map the progression of the gallery staff’s immaterial labor: of discourse, transaction and negotiation. In September, the copper surrogates will be installed in the gallery, dislocating them from their original function.

Walead Beshty (b. 1976, London, UK) is an artist and writer living and working in Los Angeles, and Associate Professor in the Graduate Art Department of Art Center College of Design. In the past decade he has had numerous solo exhibitions including Fair Use, The Power Station, Dallas, TX (2013); Securities and Exchanges, The Ullens Center for Contemporary Art, Beijing (2011); A Diagram of Forces, Malmö Konsthall, Malmö, Sweden / Centro de Arte Dos de Mayo, Madrid, Spain (2011); Walead Beshty: Legibility on Colored Backgrounds, The Hirshhorn Museum and Sculpture Garden, Washington, DC (2009); Pulleys, Cogwheels, Mirrors, and Windows, University of Michigan Museum of Art, Ann Arbor, MI (2009); Passages, LAX ART, Los Angeles, CA (2009); Hammer Project: Walead Beshty, The Armand Hammer Museum, Los Angeles (2006) and The Phenomenology of Shopping and Dead Malls, P.S.1/MoMA Contemporary Art Center, Long Island City, (2004). A forthcoming exhibition, Walead Beshty, A Partial Disassembling of an Invention Without a Future: Helter-Skelter and Random Notes in Which the Pulleys and Cogwheels Are Lying Around at Random All Over the Workbench, will open at the Barbican Centre in London in October of 2014, marking his first solo show in a UK public gallery.