Drawing for "Sand" I

Acrylic and pencil on paper

Acrylic and pencil on paper

Acrylic, pencil and carbon on paper 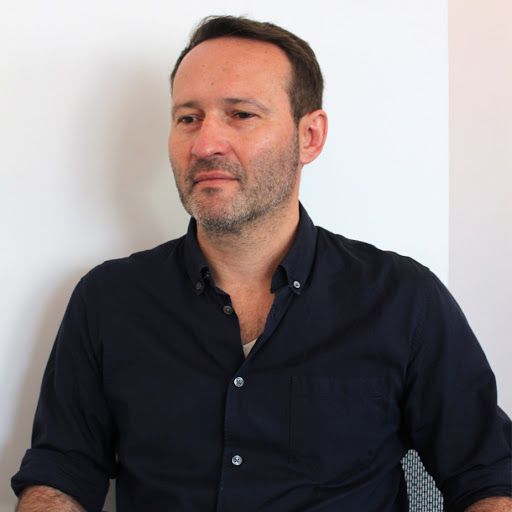 Trained as a painter at the Art Academy in Munich, Thomas Eggerer (b. 1963 Munich, Germany) stepped away from painting to join the New York collective Group Material. He has since returned to painting, drawing and collage, and his works often portray figures in an abstract, surreal landscape, or set against dominating architecture or magazine cutouts. He has also been a professor of Visual and Environmental Studies at Harvard and is teaching at Bard College.

In Eggerer's most recent show at Petzel Gallery, Todd (2017), he created each square canvas to feature precisely choreographed fragments of resting bodies, cutting in from the margins of the painting. This temporal occupation is contrasted with a circular “lid” or “cover” and intersecting parallel diagonals. The lids carry institutional significance, pointing to municipal authority, which contrasts with the transient fragility of leisurely carnal exposure. The lids also emphasize the presence of a concealed space underneath, quintessential to New York street life. 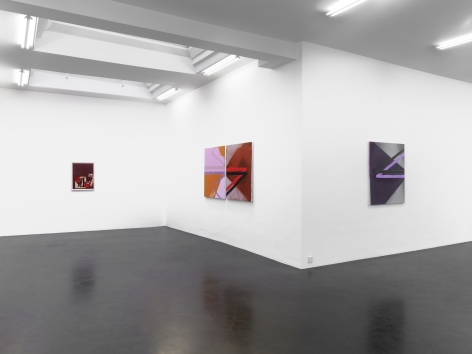 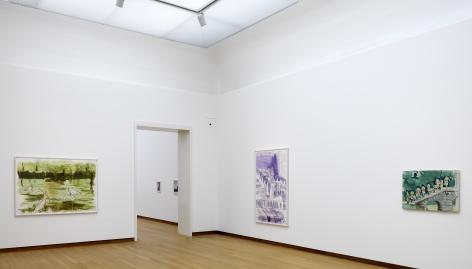 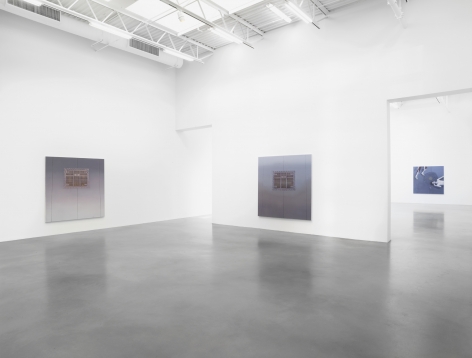 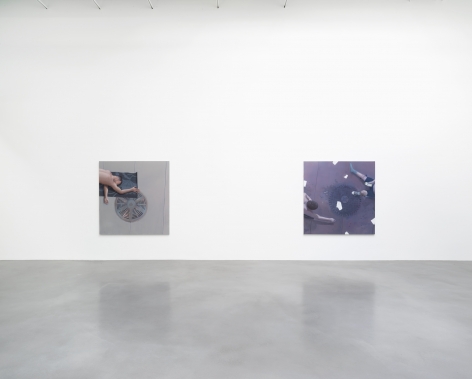 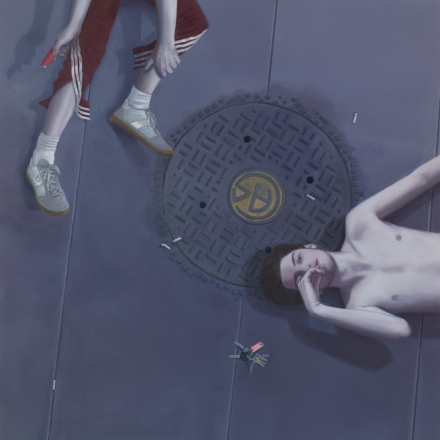 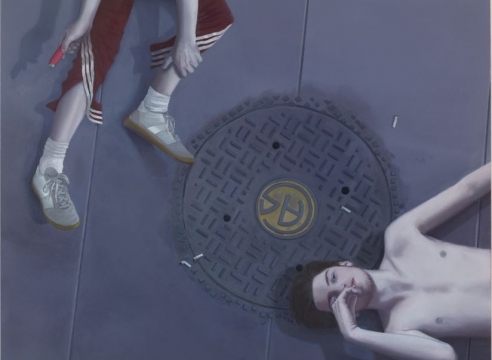 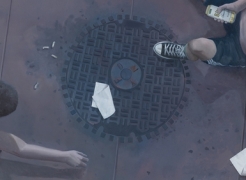 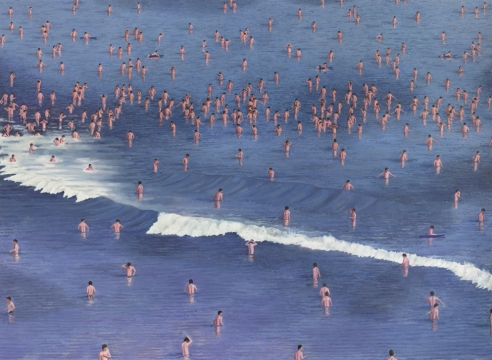 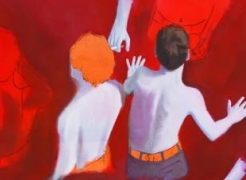