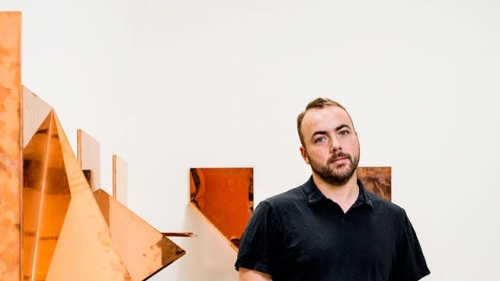 "I WAS INTERESTED IN MAKING WORK THAT PHYSICALLY CHANGED AS IT CIRCULATED THROUGH THE ART WORLD. WHAT IF YOU COULD PUT THE ENTIRE SYSTEM INTO THE OBJECT?" 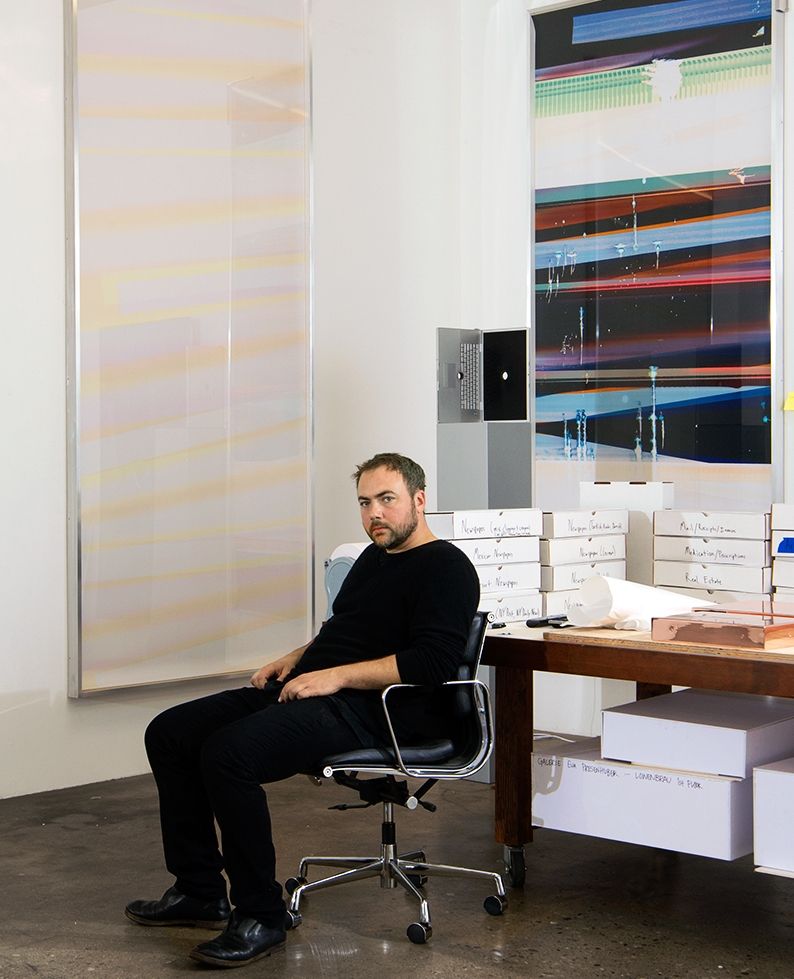 Walead Beshty (b. 1976, London, U.K.) studied at Bard College and received his MFA from Yale University in 2002. He has held academic positions at th University of California, Los Angeles; Bard Collece, Annandale-on-Hudson, NY; the Art Institute of Chicago, IL; and recently at the Art Center of Design, Pasadena, CA.

Beshty explores the ways in which objects accrue and produce meaning through their placement and circulation in the world. This is none more apparent than in his “Copper Surrogates” series. For Petzel’s 2014 exhibition, Beshty created polished raw coper sculptures built to the dimensions of the gallery’s work surfaces, for example, Friedrich Petzel’s coffee table. As the gallery staff resumed their daily routines, their movements tarnished a patina onto the surfaces. The copper surrogates were to map the progression of the gallery staff’s immaterial labor.

Conversely, Beshty’s “Steel Surrogates” are not intended to be handled without gloves. The curvature of each piece of steel mimics the curve of the human eyeball, creating a strange sensation in depth perception for the viewer.

The Black Curls are photograms made from curling sheets of color photographic paper on a metal wall. The paper is unrolled approximating the reach of the artist’s body with his arms outstretched, and is then cut, placed on the wall, and supported with the magnets. As the paper is larger than the darkroom wall can accommodate, it must be curled and bowed in order to fit the exposure field. Using a photographic enlarger, the paper is exposed to each of the primary subtractive colors (cyan, magenta and yellow) in succession and the bands of color act as an index of the network of tensions within the printing process. In the case of these Cross-Contaminated Curls, the handprints are evidence of the processor jamming while the photograph is in the fixative bath. 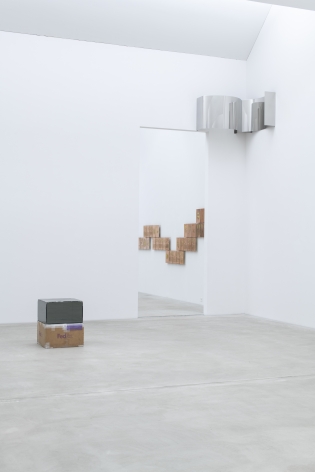 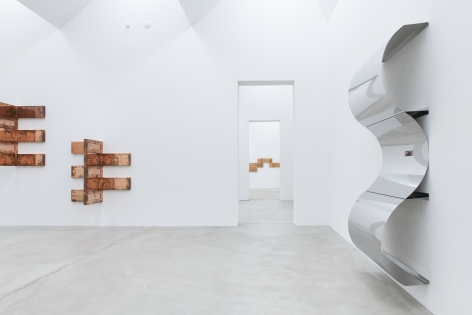 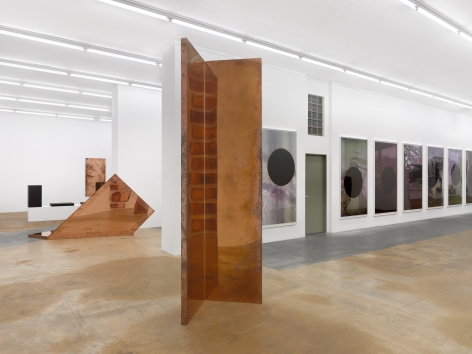 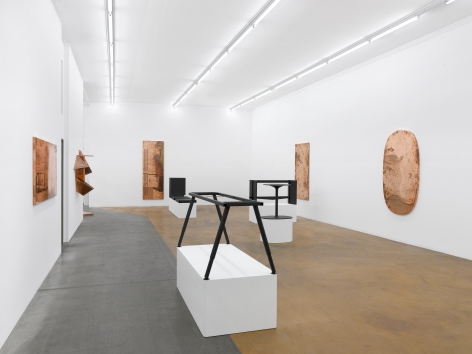 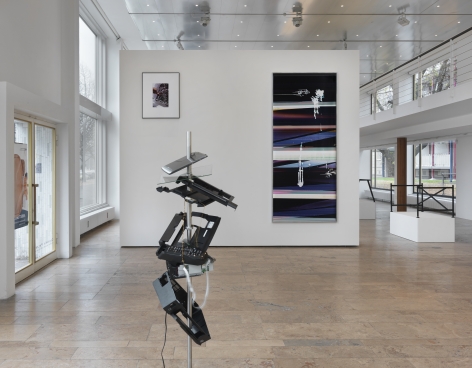 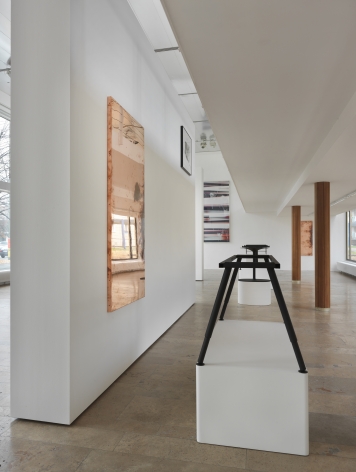 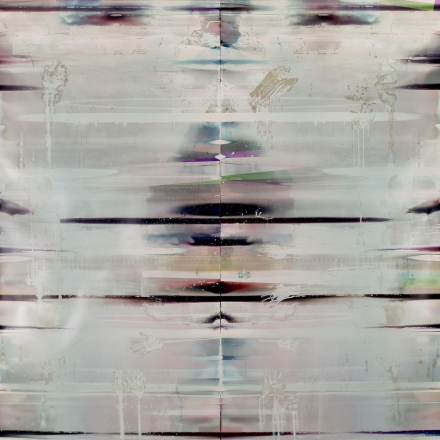 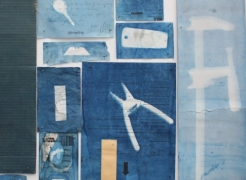 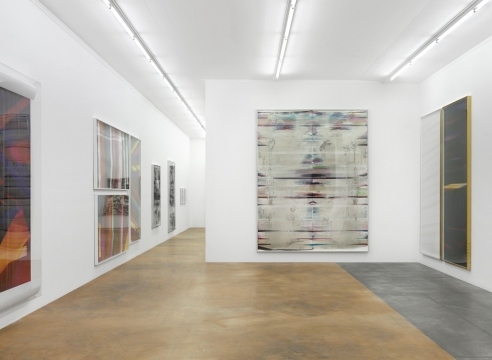